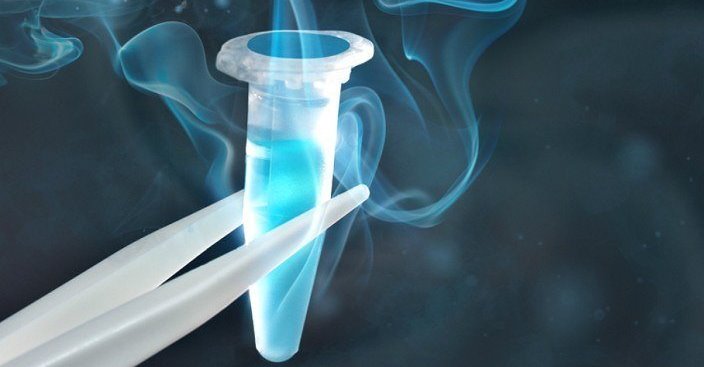 The diagnosis of Cancer is becoming extremely common in our world as the time passes, and hence is becoming a major issue for us to solve, not only that it is also occurring at earlier ages than expected! Which leaves very little time for men to be able to react before their sperm count decreases. This is because they are too busy fighting the battle that they often tend to ignore the fact that they will want kids in the future. And for that the most important thing one needs is a Sperm! And an egg of course. But thinking of the male perspective sperm quantity and quality is very important, which starts declining not only when the person has cancer but also because of the multiple treatments and medications he undergoes to cure it, chemotherapy and radiotherapy being the main culprits!

The most important part of avoiding fertility issues in the future is banking the sperms for freezing, and this should be practiced more when children and adult men under the age 45 are diagnosed with cancer. Once they have their sperms frozen, they can in a later date or when they decide to have a family come to Australian concept infertility Center and discuss with our highly capable consultants about the next steps that should be taken. Following options would be given to our patients with the pros and cons of each discussed with the patient in detail, these include; IVF, ICSI and TEST TUBE BABY.

Now, it is understandable that it’s a difficult thing to hear when one is already going through accepting the fact that he has cancer and then your doctor tells you that your future fertility may also get compromised due to the cancer treatment that one has to undergo, it may cause further distress to a man. But these treatments along with the negative effects are the life saving techniques that a cancer patient needs to undergo. 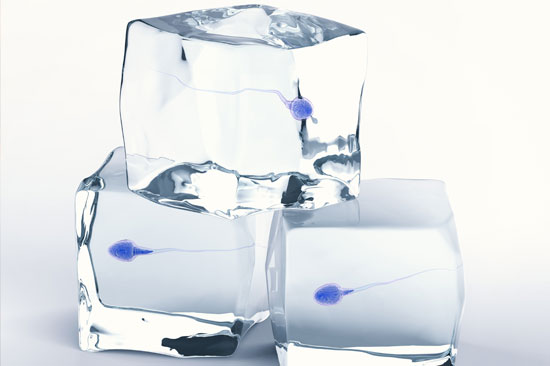 The patients may think how does the process of sperm freezing actually works?

Well the process of sperm freezing or sperm banking involves the collection of a semen sample and freezing of the sperms which are thawed at a later time and used in one of the many assisted reproductive techniques including IVF, ICSI etc., when the patient decides to have a family but is having difficulty conceiving. This technique is called cryopreservation. There are other techniques which includes testicular sperm extraction and testicular tissue freezing but by far the most successful and the most commonly used technique is cryopreservation for male cancer patients.

One of the many side effects of cancer treatment includes sexual dysfunction especially when the cancer is of the pelvic region which includes; bladder, colon, rectal, testicular and prostate cancer, therefore it becomes extremely important for these patients to choose cryopreservation in order to preserve their fertility and ensure their families. This occurs mainly because in radiation therapy the radiation is targeted towards the pelvic region. In addition to this all other cancer patient who have undergone cancer therapies have an adverse effect to their blood vessels, nerves and hormones that control the sexual function.

Some men ask what are the ‘dangerous’ radiation doses and dangerous chemotherapy drugs to cause fertility issues?

For patients about to undergo chemotherapy and radiation, these are very common concerns and therefore should be taken in to consideration for patient satisfaction, the answer to these questions aren’t simple because it depends on the shielding technique used during radiation, the dose of radiation used, as well as the dose to the testicles. However, for total body irradiation it is a known fact that about 80% of the patient will have permanent infertility. For chemotherapy the main culprits are the alkylating agents, these agents act by preventing DNA replication by forming covalent bonds and hence stopping the growth of rapidly dividing cells as explained earlier. This again is dependent on the cumulative dose of chemotherapy drugs as well as the age of the patient. I.e. men more than 40 years of age are less likely to remain fertile after therapy.

One may have the question about how does chemotherapy and radiation therapy affect fertility?

In order to understand this one may first try to understand the mode of action of the chemotherapy drugs and radiation. Their mode of action is to stop the growth of rapidly dividing cancer cells by damaging their DNA. Now the body of course has some cells that rapidly grow as a normal mechanism of the body, these cells include gastrointestinal cells, hair follicles and some reproductive tissues along with the sperm cells. Since sperm cells are constantly dividing they are a target for chemotherapy and the radiation therapy. This means that the cancer therapy cannot distinguish between the harmful ‘bad’ cancer cells and the normal “good” body cells, destroying the DNA of all growing cells and hence causing an issue for men who have undergone these therapies and who wish to have a family in the future.

How to go about it?

It is an oncologist’s job to mention the possibility of sperm banking or cryopreservation to the patient before starting the cancer treatment. Unfortunately, some cancer patients are not aware of this possibility since their oncologist did not discuss the option of sperm banking with them. For those who are fortunate enough to have been informed by their oncologist about sperm banking are either too emotionally unstable to think about it or are physically drained to look for a clinic or schedule an appointment. While for some it is just an uncomfortable process which makes them avoid it.

Whichever the case may be with you, you can count on us and come to discuss all the possibilities, our team will sit with you, answer all your queries and give you the best options according to your needs, so even you can have a healthy baby!

Also remember Australian concept infertility medical Center gives special discounts to cancer patients, because we care for you to have a baby!