All Posts Tagged: What is Polycystic Ovarian Disease ? 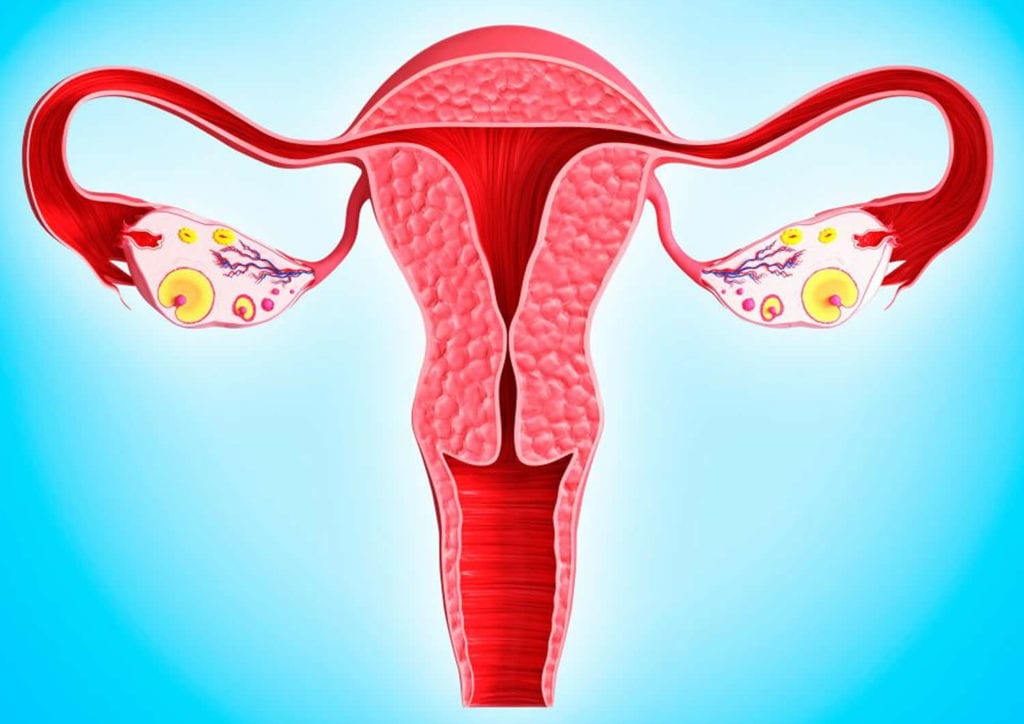 One of the most common hormonal disorder associated with the female ovaries is POLYCYSTIC OVARIAN DISEASE, commonly called as PCOD. It causes infertility, hence has become a growing concern for females trying to conceive.

Role of ovaries in a female reproductive system.

To understand clearly what exactly is Polycystic ovarian disease one must know the function of the female ovaries as well as the knowledge of its role in reproduction because ovaries are a very important organ in a female’s reproductive system. Not only that, they are also very important in terms of fertility. Every normal female has a pair of ovaries in her lower abdomen, these are the female reproductive glands situated on either side of the uterus and connected to the uterus through the Fallopian tubes. The function of these ovaries is to form the ova or eggs and release them (eggs) into the uterus every month. They are solid, ovoid structures each measuring about 1 centimeter in thickness, 3.5 cm in length and 2.5 cm in width. As mentioned earlier ovaries are the reproductive glands and hence release hormones mainly; estrogen and progesterone. This release of hormones is under the influence of hypothalamus and is triggered by it.

Estrogen and progesterone are extremely important for a normal growth of the female reproductive system as well as for fertility. They regulate the female menstrual cycle, the growth of secondary sexual characteristics in a female at puberty as well as the ovulation process.

When a girl hits puberty, the ovulation occurs, it is a process in which one egg is released from an ovary each month, the ovaries usually take alternate cycles to release an egg.

The pituitary gland receives a signal from the hypothalamus to release two hormones, Follicle Stimulating Hormone (FSH) and Luteinizing hormone (LH) called the gonadotropic hormones. One should bear in mind that a female or a baby girl is born with an egg reserve, which means that she is born with all the eggs of her lifetime and these eggs are contained in the follicles that are found inside the ovaries. So at puberty each female starts her menstrual cycle with approximately 400,000 eggs. These eggs mature within a follicle before they are released and this release is under the influence of FSH and LH. The FSH causes growth of an egg while the LH Is responsible for the release of an egg from the ovary.

What happens to the egg after being released from an ovary?

Once the follicle ruptures, the egg is released from the ovary and captured by the fallopian tubes and guided through to the uterus through the muscular contractions of the tubes. It is during this time and within 24 hours of egg release that fertilization of the egg with a sperm can take place in order to form an oocyte which later undergoes multiple cell divisions to form an embryo. If an egg is not fertilized within 24 hours of its release it begins to degenerate. 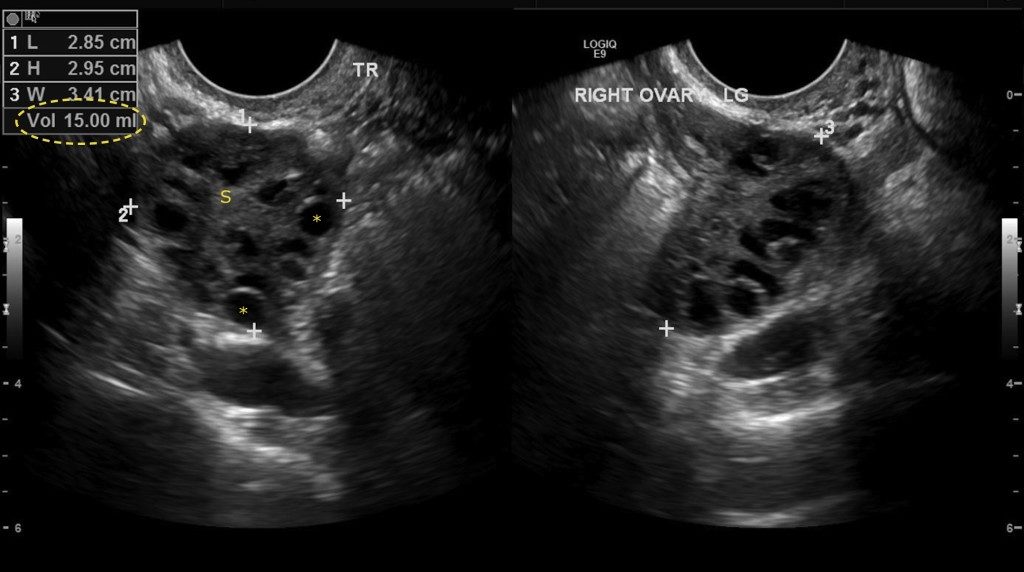 It should be much easier to understand PCOD now that we have some knowledge about the ovaries, the ova and the hormones involved.

As the name suggests PCOD occurs when the ovaries develop multiple cysts, (poly means many) making the ovaries look bulky or enlarged because these are not the functional cysts that disappear instead they remain and occupy a large area of the ovaries. Therefore, the development of these cysts hinders the normal function of an ovary of releasing an egg in turn causing infertility issues because as discussed earlier the process of ovulation is essential for a female to conceive and get pregnant.

It not only affects the ovulation process but also disturbs the menstrual cycle causing irregular periods and infertility. In addition to this the presence of these cysts causes hormone imbalance as well, increased number of cysts cause the release of a hormone called androgen instead of estrogen, androgen is a male hormone and it is the main reason why females with PCOD have facial hair and chest hair, because the male hormone follows the male hair distribution pattern.

Not all women with PCOD have the same symptoms but irregularity of menstrual cycle is the most common symptoms, other symptoms include; Acne, irregular periods or complete absence of periods, excessive hair growth and at unusual places, pelvic pain, weight gain, mood swings and the most important infertility!

What causes of PCOD?

The exact cause of PCOD is yet to be discovered, but some factors play an important in leading to this condition, they include;

Heredity, if a mother has multiple cysts in her ovaries, the daughter is most likely to inherit it.

Excess androgen production, androgens are male hormones but are found in excess in a PCOD female.

Insulin resistance, if a human body resists insulin then there is excess production of insulin in the body this in turn leads to excess androgen production and eventually difficulty in ovulation.

In our society, infertility is a very serious concern as it determines the future of a female.

Thankfully today we have infertility specialists and infertility centers like Australian concept infertility center where it is not impossible to have a baby even if you are suffering from Polycystic ovarian disease, thanks to our infertility specialists and our expertise in assisted reproductive techniques. We treat PCOD with medications and in some cases use the assisted reproductive techniques, if required, which include ICSI, IVF, TEST TUBE BABY. We are making it possible for our PCOD patients to conceive and have a life that they imagined with their own children.