All Posts Tagged: WHO standards of Semen Analysis

What is Semen Analysis?

Semen Analysis is an important diagnostic tool for the evaluation of male fertility, by examining the male semen and the sperms present within. The test is necessary for those wanting to conceive or for those verifying the success of vasectomy.

This investigation is carried out according to WHO guidelines, focusing more on the concentration, morphology and motility of the sperm(s).

Semen Analysis explained according to WHO criteria:

Ejaculate volume; A semen volume of 2 to 5 milliliter is considered normal, according to WHO the lower limit is 1.5 mL. A decreased ejaculate volume maybe seen in congenital bilateral absence of the vas deferens, ejaculatory duct obstruction, primary testicular dysfunction and retrograde ejaculation. These conditions cause a low volume of ejaculate with no sperms.

Ph; the pH of an ejaculate as stated by WHO should be between 7.2 – 7.8.  any pH value not falling in this range is considered harmful to the sperms, affecting their motility and hence their ability to penetrate the egg. An acidic pH (<7.2) of the semen is most commonly due to a blockage of the seminal vesicles, which functions to provide an alkaline solution (fructose) to the ejaculate. In the absence of which the acidic prostatic fluid predominates.

Total sperm count and Sperm concentration; if there is a complete absence of sperm on standard microscopic semen analysis after centrifugation of the semen sample then a repeat test should be done. If no sperm is detected on both the tests, then it is labeled as azoospermia.

However recently WHO revised this criterion and the following concentrations that divide oligospermia into three classes are also considered now;

Motility of sperms; WHO has a cut off value of 50% for sperm motility. The sperms are graded according to their motility;

Morphology of sperms; according to WHO a semen sample with at least 30% or more with normal morphology can be considered normal. While WHO standard for Kruger strict is 4% or more.

In Vitro Fertilization (IVF), uses morphology of sperms to predict the success rates of fertilization. 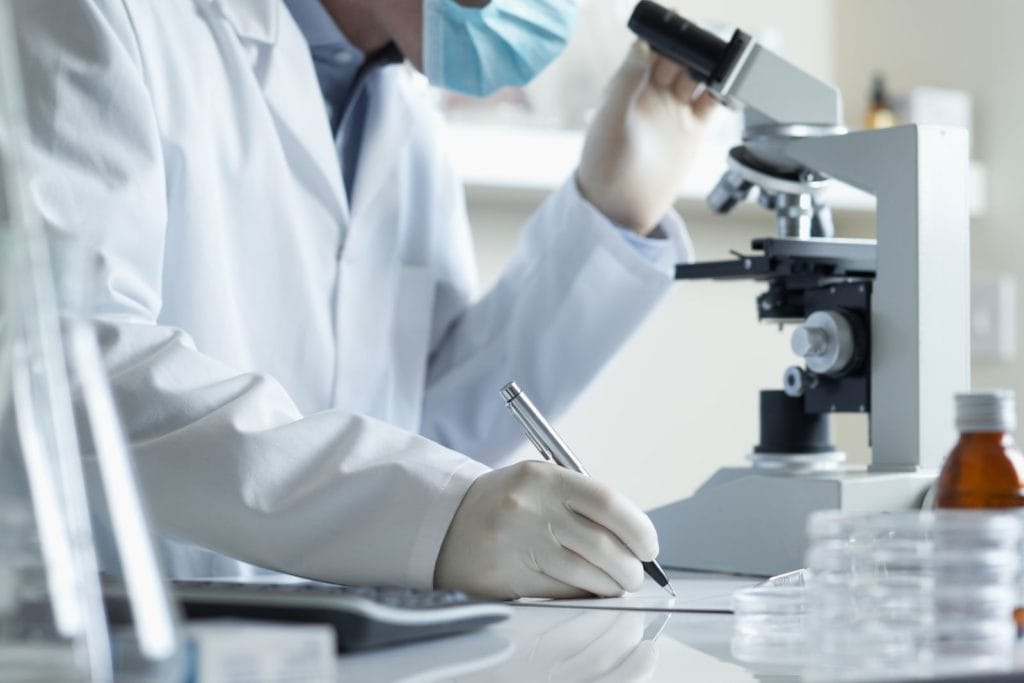 Summary of WHO Criteria for a Normal Semen Analysis;

According to WHO, an ejaculate is considered normal if at least 1.5ml of ejaculate contains more than 15 million sperms per milliliter of semen. Out of these at least 32% should swim in a forward direction, and at least 4% should have a normal shape. Given that these criteria are met, a man is considered fertile.

In order to be certain, the ejaculate should be evaluated twice.

Apart from the findings of semen analysis, an ejaculate should not contain more than 1 million white blood cells and microorganisms per mL ejaculate.

If the semen analysis is abnormal and does not meet the WHO criterion, then further intervention is required. 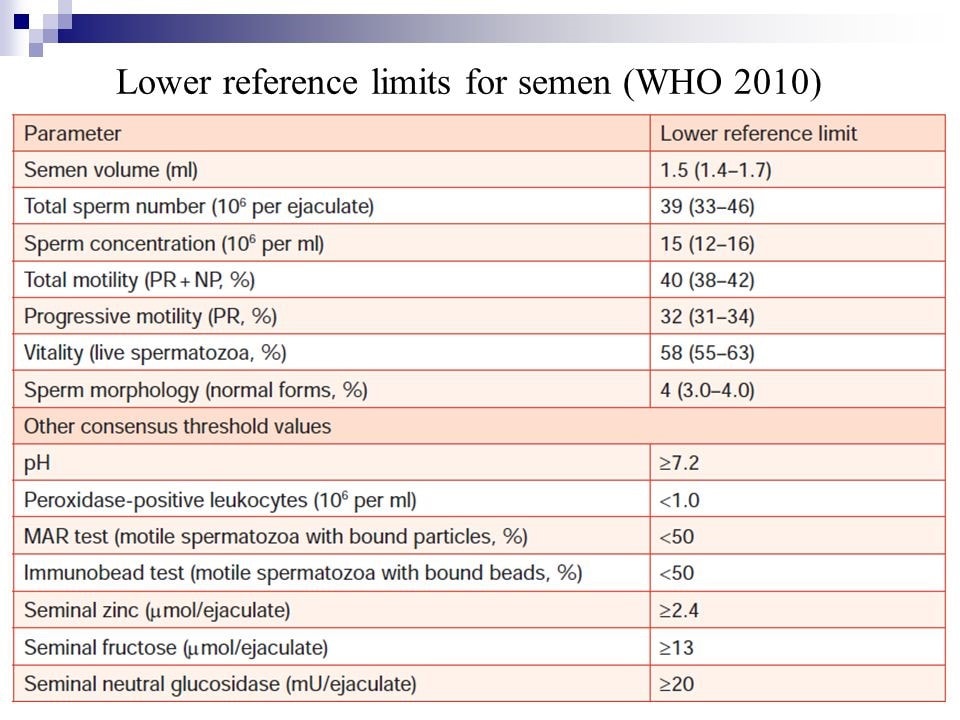